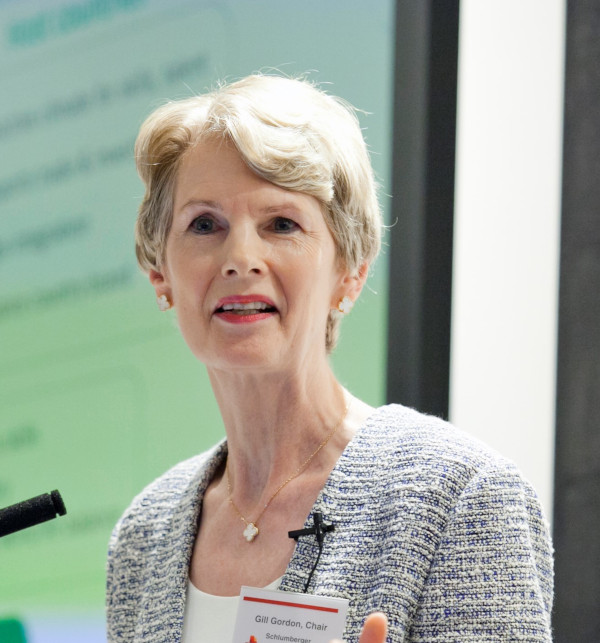 "When we started Permits Foundation, we did wonder how we would ever manage to change the opinion of Governments. What we didn’t anticipate was that many of the decision-makers have encountered the dual career issue themselves, either through their own or their partner’s experience, or that of their children. For many people, we strike a chord. Twenty years ago at Schlumberger international dual career couples were the exception but today there are literally thousands and the number is rising rapidly across most international organisations. Doing what we can to facilitate and encourage those careers is a business imperative and I’m delighted to be contributing to that effort."

Gill Gordon is Chair of Permits Foundation and has been a Board Member since its establishment in 2001. Gill spent most of her career with Schlumberger and her last appointment was as HR Director UK from 2014 to 2020, based in London. She held many different positions including HR Director for the global seismic business WesternGeco, Director Executive Compensation for Schlumberger, and HR Director for the global R&D population. She played a key role in setting up and developing a shared services organisation for the HR function in Europe, Caspian and Africa and was also HR Director for a global electricity and gas utilities business.

Gill was involved in a number of strategic initiatives in the areas of career development, diversity and mobility as well as numerous acquisitions and divestitures. During her career, she spent over ten years in expatriate assignments in France, Germany and the US. Gill started her career in international HR at Ford Motor Company and has a BA Hons. in French & German from Heriot-Watt University.